Loved listening to this podcast, Olle beautifully put into words everything that I’ve been thinking about formal education but wasn’t able to figure out how to express it. The best bit – this can be applied not only to Chinese but to any language.

When I started hearing about Clubhouse it was mostly in the marketing circles. However, I quickly realised that there’s also a thriving language community. I can’t believe how easy it is to practice my target languages now!

END_OF_DOCUMENT_TOKEN_TO_BE_REPLACED

I was learning back in 2015, so probably since then a lot of new resources have appeared, but here is my way and my way only. Here is the list of my main resources and I will go into each one in detail:

END_OF_DOCUMENT_TOKEN_TO_BE_REPLACED

We all know, that languages have 4 aspects to them, 2 passive and 2 active. Speaking and Writing are active (output) and Listening and Reading are passive (input). The majority of traditional learning concentrates on just 2 aspects of these 4 – Writing and Reading, and as a result people who studied languages for years at school or universities cannot string even a couple of sentences together in a conversation with a native speaker because they never learned the skills.

In reality, written and spoken languages are so different, that it’s even said that when we go to school at the age of 6 we learn our first foreign language – our mother tongue in written form. We learn that “I’m gonna” should be written as “I’m going to” and so on and so on.

Back in 2015, when I was studying Korean every day I was doing the same mistake – focusing too much on reading and writing and not enough on listening and speaking. I was in a hurry, because I booked my tickets to Seoul in April, and in January 2016 I still couldn’t say anything and then I found this video and it basically changed my life.

I looked for Korean people on Hello Talk and even found some cool ones that became my friends to this day. I tried my best to meet as many exchange students here in Ljubljana as I could and hang out with them. I listened to KoreanClass101 dialogues on repeat for hundreds of times. I was lucky to be able to practice with the wife of our professor here in Ljubljana. And it worked.

Speaking is actually a sort of a muscle memory, like dancing, cycling or snowboarding. Once you say one sentence or word, you might say it awkwardly the first time, second time will be a bit better and third will be much, much better. But you gotta push yourself through that awkwardness and moments where you feel like an idiot. My first conversations in Korean and Chinese sounded like if I was a 2-3 year old baby, but with each conversation I grew and matured, expanded my vocabulary and improved the pronunciation.

I guess my main point here is: If you are learning the language just to read and write, it’s fine, you don’t need to practice speaking. But if you hope to speak with native speakers in the future – you need to work on those skills, they won’t just appear by themselves.

I wanted to write this post about language exchange apps and it became about speaking in general, I’m not sure how that happened 🙂

Here are the apps that I personally tried:

There’s also an interesting practice that can be done alone, and it is called Shadowing. I won’t go into too much detail on it, here is a post that sums it up pretty nicely.

At the beginning of 2016 I have stumbled upon this video and it completely changed my mind. Up to that point I’ve been learning Korean every day for at least 5 months (I started in August) and I couldn’t string even a couple of sentences together, even though I could already read and write some things.

After watching this video I realized that I urgently needed to start looking for a Korean language parent and did not stop until I found her – the wife of a Korean professor at the University of Ljubljana, who kindly agreed to talk to me for an hour or two once a week, and she was nice enough to do it completely free, just out of her love for Korean language. Only thanks to her I was able to start speaking in just 8 months from the beginning of the study (in January 2016 I came across this video, in April I already spoke Korean during my trip to Korea).

Back then I didn’t know about italki, so I was always on lookout for Korean exchange students in Ljubljana, always trying to hang out with them just for the sake of practising the language with them. This year I discovered italki, and now finding a language parent has never been easier, no more awkward conversations with random people, just pay the price of one or two coffees and talk as much as you want)) 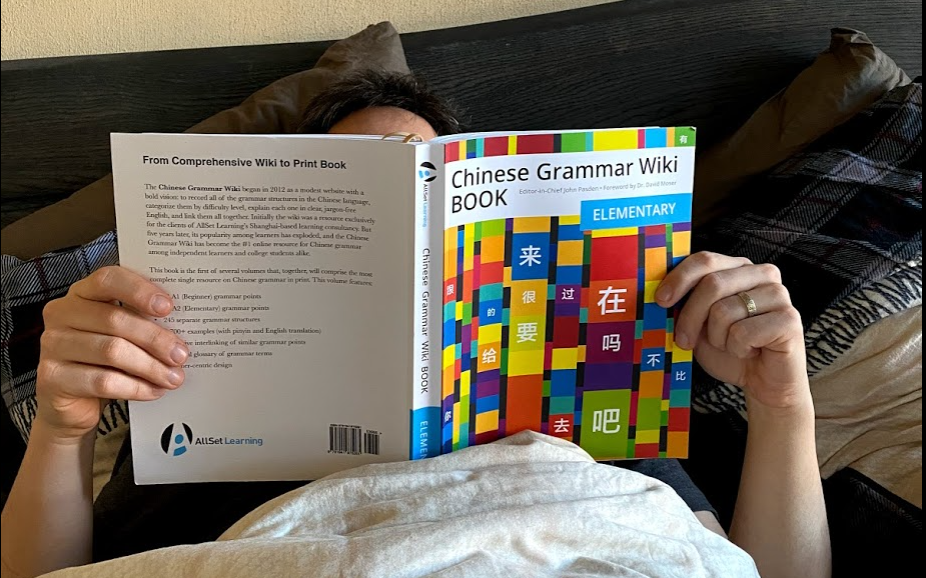 I sometimes get asked how me and my husband learn Chinese and I thought to start this website so that I can just link them to this post 🙂 I must say right away that I am not a linguist or a sinologist, I just love languages ​​and the mindset of being a polyglot. I mastered Italian, Slovenian, Korean and Spanish all by myself, without attending any language courses, and also read a couple of books on this topic – “Fluent Forever” (Gabriel Wyner) and “How to Speak Any Language Fluently” (Alex Rawlings). I must say right away that I started reading these books after I had figured out everything myself, since most of the tips can be found online, but I sometimes wish that I started with reading the books first, since they do a pretty good job of neatly organizing everything in one place.

END_OF_DOCUMENT_TOKEN_TO_BE_REPLACED

1. This week I re-discovered Chinesepod by trying out their Pre-intermediate and Intermediate classes. I realized that I was wrong in thinking that they were lame and annoying, they are actually quite good, especially because some of them use quite a lot of Chinese on an understandable level. Before, I was only listening to the intermediate grammar course, which was a bit annoying, but recently I found that usual classes are actually better. And what is also great about them is that I can listen to them together with P. while resting in bed or on the couch, and I don’t have to strain my eyes. During the pandemic I spend too much time on various devices already, so it’s nice to be able to study with only audio input.

2. Recently I was getting more and more back into kpop, since a lot of cool stuff has been going on – I especially like SuperM “One” release and Taemin’s album, so I found myself watching videos related to these releases, like behind the scenes of music video shooting or dance practices. In order to not feel like I’m just procrastinating and losing time on this I challenge myself by watching them without English subs, luckily almost everything is captioned in Korean, so every time there’s a new word I look it up on Naver dictionary and add it to my Naver wordbook. What I also noticed is that Naver dictionary always has Chinese characters next to the Korean word, so sometimes I check them out with my “Zhongwen” extension and try to make connections between Mandarin and Korean, this way I’m kind of studying both languages at the same time.

I created this website to share my language learning journey and tips that I discover along my way. I love learning languages and I think that anyone can do it. You don’t need to have a special talent, just use different system to what is usually taught in the classrooms,